As you may be aware I started a small Notebook business recently, Back Pocket Notebooks, with a set of responsive design notebooks for my responsively designed audience. This week I received the next batch of notebooks which I have added to the stock list — a set of SpaceX Mars Posters.

Over the next couple of weeks I’ll be releasing some details about the inner content of the notebooks here and on the Notebook blog as well. As part of the printing process you’re required to have a set of four things you want printed and seeing as I only had a set of three I also had the first set of Solar System notebooks printed as well, starting off with the Sun. Once a few more sales tick over I’ll get the remaining notebooks (Mercury through to Uranus) printed and added to the site too.

Today we’re sharing a bit more information about Phobos & Deimos which also appears in the notebooks. 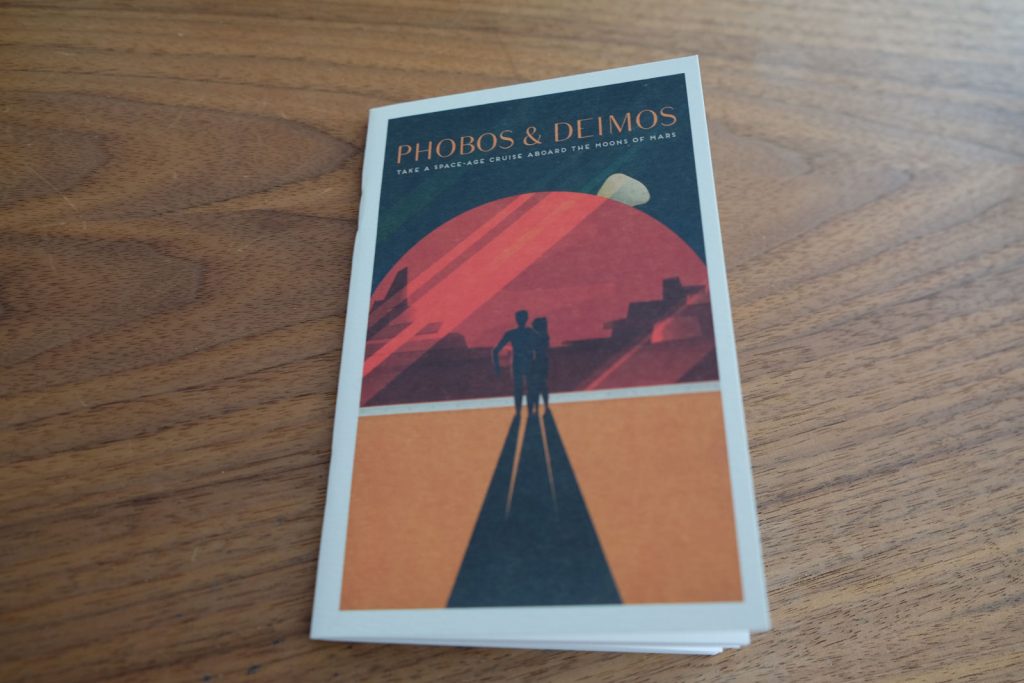 Phobos (fear) and Deimos (panic) are the two moons of Mars and were both discovered by American Astronomer Asaph Hall. The two moons were named after the horses that pulled the chariot of the Greek war god Ares.

Phobos is the larger of the two moons and orbits Mars every 7h 40m. Phobos is just 9,377km from the red planet and is a slow downwards spiral, expected to reach its Roche Limit (see the back page of the notebooks for an explanation of the Roche Limit plus a number of other Universal Constants) in 30-50 million years. Upon reaching the Roche Limit, Phobos will break apart to form rings around Mars (similar to those of Saturn). Phobos is one of the most non-reflective objects in the Solar System, but if you were able to stand upon its surface — as our lovely couple are on the cover — Mars itself would be 2,500 times brighter and 6,400 times larger than the full moon appears on Earth.

Deimos is further away, slower, and only half the size of Phobos, making it the smallest known moon in the Solar System. 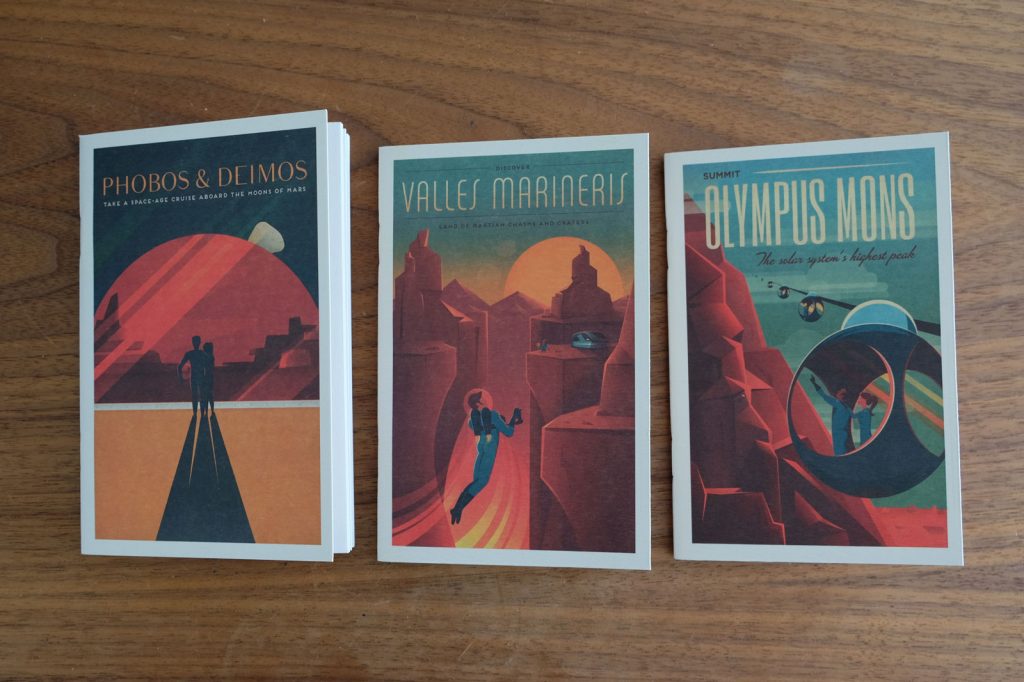 If you thought that was interesting then there’s 2 other notebooks in the set to go along with Phobos & Deimos — namely Olympus Mons and Valles Marineris. We’ll be sharing those stories with you over the next couple of weeks.

If you’re interested in picking up a set today for yourself, a loved one, a friend, or if you’re sucking up to your science teacher then get your set today.

Here are some other articles you might find interesting

My latest side project is in Crypto and involves a process of creating NFT Index Funds for things like Punks, Kitties, Avastars, Glyphs etc.